Tech as a Tool to #EndPolio 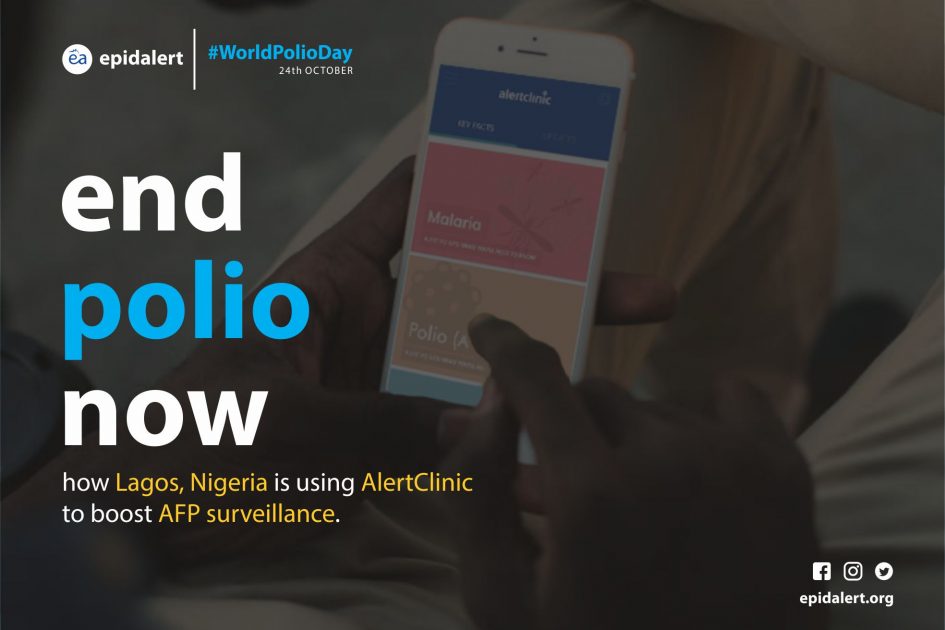 
What is the story of Polio?

The story of Polio cannot be told without the story of Smallpox. Smallpox, also a viral illness, historically spread through populations, leaving scarring, organ damage and death in its wake. It had a name in many languages. In South-Western Nigeria, the disease was deified as Sopona, and victims were often stigmatized.

A global consensus was reached, and innovation led to the large-scale deployment of technical assistance, the implementation of research and the use of strategic advocacy. By the year 1980, Smallpox became the first disease to be eradicated globally and left in its wake the invaluable legacy of vaccines and global collaborations. For context, the present generation of millennials in Nigeria, will not remember a smallpox vaccine.

Strengthened by the lessons of innovation from Smallpox, the Global Polio Eradication Initiative (GPEI) was launched

Poliomyelitis is an acute communicable disease caused by any 1 of 3 poliovirus serotypes (types 1, 2 or 3). Before vaccines were available, when poliovirus was the leading cause of permanent disability in children, virtually all children became infected by polioviruses, with, on average, about ten percent of susceptible individuals developing paralytic poliomyelitis.

Strengthened by the lessons of innovation from Smallpox, the Global Polio Eradication Initiative (GPEI) was launched with a resolution of the World Health Assembly (WHA) in 1988. Preceding years had witnessed the rapid progress, primarily attained through vaccination campaigns, towards interrupting indigenous wild poliovirus transmission in the Americas in the early 1980s.

Globally, the sustained use of polio vaccines since 1988 has led to an unprecedented drop in the global incidence of poliomyelitis by over 99% and the number of countries with endemic polio from 125 to just 3-Pakistan, Afghanistan and Nigeria.

Common to these three nations is the incidence of these cases in areas inaccessible to surveillance and vaccination campaigns due to civil unrest. In the instance of Nigeria, a two year period passed, after which she was officially declared Polio-free. In August 2016, however, surveillance picked up a number of cases of the Wild Poliovirus. The focus of efforts to end Polio in this country are a two-pronged focus-vaccines and surveillance.

What do vaccines and surveillance have in common?

On the 31st of August, 2017, a multidisciplinary group began a journey to change the story of infectious diseases in Nigeria. Much like many of history’s innovators in the field of medicine, all they had was a tool, a method, and a story.

Their story is of the incredible leverage of technology as a tool to achieve seamless communication to strengthen surveillance across divides and across locations in Nigeria. Piloting in Lagos, AlertClinic was launched in partnership with the Lagos State Ministry of Health and the Lagos State Primary Healthcare Board.

In the same spirit of innovation, AlertClinic supports communities with key facts on infectious diseases of concern to the global health community-Polio is one of those on the priority of Lagos State. Its function is two-fold, empowering members of a community with clear insights to key symptoms to look out for, as well as providing dedicated channels of feedback to the local health authority surveillance infrastructure for rapid follow up.

First celebrated over a decade ago, and launched by Rotary Club International, a historic philanthropic organization, the World Polio Day is celebrated annually to mark the birth date of Dr. Salk, the innovator of the first Polio vaccine, which remains unpatented to ensure its wide availability.

This year’s theme aims to #endpolio, by reaching every last child. Communication remains an invaluable support in this journey. As the world counts down to a global eradication of Polio by the year 2020, we hope to raise our voices to join the conversation and empower communities, wherever they are, to make a difference. Let us foster a generation of children who will not remember the Polio vaccine.

Let us foster a generation of children who will not remember the Polio vaccine.