We have to keep innovating to control Malaria- Bill Gates 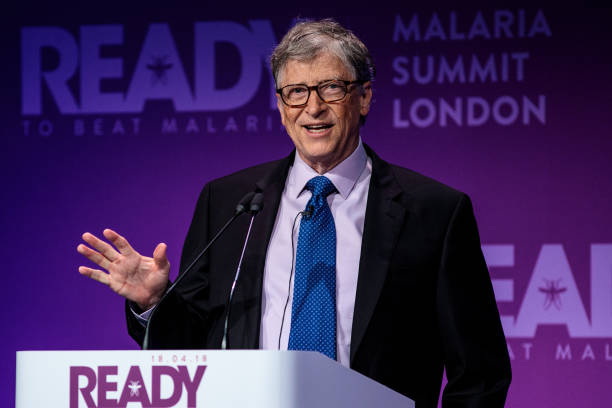 
Last year, a report by the WHO found that Rwanda and Nigeria saw more than 1 million new cases of malaria between 2015 and 2016.

Greater investment in satellite tracking of mosquitoes is vital in the fight to eradicate malaria, Bill Gates said on Wednesday at the Malaria Summit, London.

Gates told the heads of Commonwealth states that innovation was needed to tackle the resurgence of the disease. “If there is one lesson we have learned … it’s that we have to keep innovating to control malaria, because conditions evolve,” he told the meeting in London, where a total of £2.7bn was pledged in a drive to halve the number of malaria cases across the Commonwealth.

He added: “We need surveillance with much more geographical detail, we need it in real time, and we need it to capture more information.”

Gates, chair of the Bill and Melinda Gates Foundation – which announced it will extend its investments in malaria by an additional £700m through to 2023 – said advances in satellite imaging would help track the patches and spikes in malaria.

The UK also pledged £500m a year to tackling the disease until 2020-2021. Of that £100m will be used to fund-match contributions from private donors through the Global Fund.

The newest frontier of surveillance is genetic sequencing of geolocated mosquito and parasite samples. These processes will be able to tell scientists whether cases in a given area are the result of residual transmission or imported from elsewhere. Gates said: “It will serve as an early warning system about strains that are developing resistance to our tools.”

For the first time in 10 years, malaria cases are no longer falling. Not only has progress stalled but in some countries the trend has reversed. Six out of 10 malaria cases globally occur in Commonwealth countries.