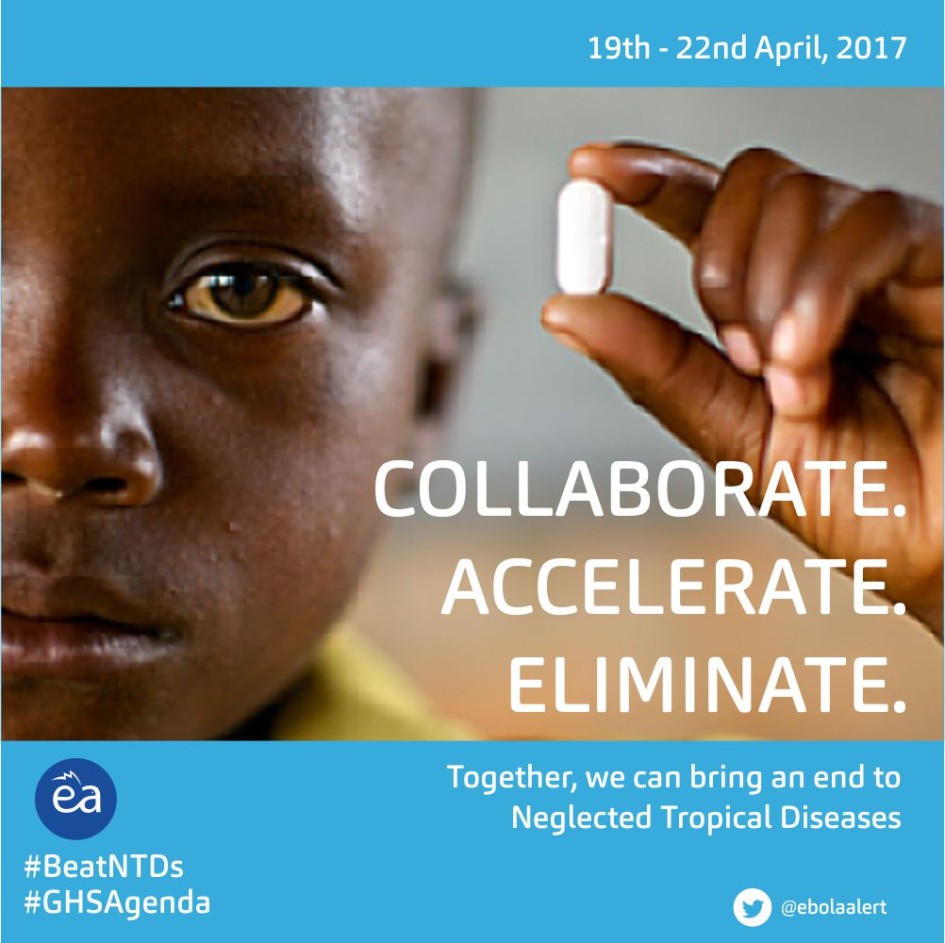 
GENEVA (19 April 2017) – This week, leaders from governments, pharmaceutical companies and charitable organizations convened at a five-day summit in Geneva to pledge new commitments to the collective efforts to control and eliminate Neglected Tropical Diseases (NTDs). The summit coincided with the launch of the World Health Organization’s (WHO) Fourth Report on NTDs, showing transformational progress against these debilitating diseases, and a commitment by the United Kingdom to more than double its funding for NTDs.

NTDs are some of the oldest and most painful diseases, afflicting the world’s poorest communities.

The meeting comes five years after the launch of the London Declaration on NTDs, a commitment by the public and private sectors to achieve the WHO goals for control, elimination and eradication of 10 NTDs. In that time, billions of treatments have been donated by pharmaceutical companies and delivered to impoverished communities in nearly 150 countries, reaching nearly a billion people in 2015.

NTDs are some of the oldest and most painful diseases, afflicting the world’s poorest communities. One in six people suffer from NTDs worldwide, including more than half a billion children. NTDs disable, debilitate and perpetuate cycles of poverty, keeping children out of school, parents out of work, and dampening hope of any chance of an economic future.

A new report titled Integrating Neglected Tropical Diseases in Global Health and Development by the WHO revealed that more people are being reached with needed NTD interventions than ever before. The report detailed progress against each disease, citing countries and regions that are reaching control and elimination goals for specific NTDs. In 2015, nearly a billion people received treatments donated by pharmaceutical companies for at least one NTD, representing a 36 percent increase since 2011, the year before the launch of the London Declaration. As more districts, countries and regions eliminate NTDs, the number of people requiring treatments has decreased from 2 billion in 2010 to 1.6 billion in 2015.

In addition to donations, pharmaceutical companies are working together and with research institutes to discover and develop new tools to prevent, diagnose and treat NTDs. A report released today by the International Federation of Pharmaceutical Manufacturers and Associations collected the full scope of industry investment in NTD R&D. These donations greatly multiply the impact of donor investments.

In 2015, nearly a billion people received treatments donated by pharmaceutical companies for at least one NTD

Though tremendous progress has been made in reducing the burden of NTDs, global control and elimination targets cannot be met without increased financial support, stronger political commitment and better tools to prevent, diagnose and treat the diseases. This week, partners from private philanthropy, affected country governments and cross-sector partnerships recommitted to leveraging their respective resources and expertise to fill critical gaps.

The END Fund, founded shortly after the London Declaration, has raised over $75 million to target the five most common NTDs, helping to treat over 145 million people around the world.

The Global Partners Meeting on Neglected Tropical Diseases will be hosted by the World Health Organization on 19 April 2017. From 20-22 April, Uniting to Combat NTDs and the global NTD community will host the NTD Summit, which will feature technical discussions on the best strategies to reach the NTD control and elimination goals.