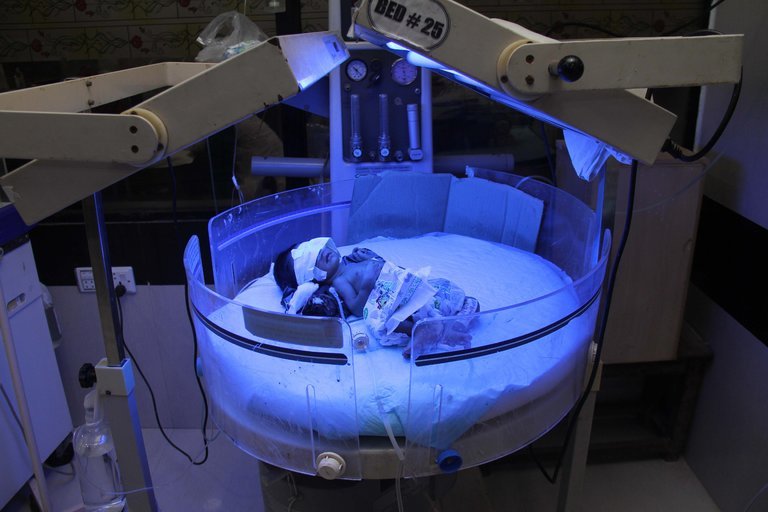 Seventy percent of the patients admitted to the MSF hospital in Yemen have antibiotic resistant bacteria in their systems.

The bombing campaign in Yemen has produced thousands of casualties, but the real cost may not become apparent for years to come. After years of relentless bombardment that has already severely crippled the food supply, destroyed basic infrastructure, and disrupted medical care, Yemen has now become the frontline of antimicrobial resistance (AMR).

The widespread prevalence of AMR has nearly quadrupled the amount of time that patients must spend in a field hospital to recover from war wounds: from an average of five days – normally enough time to patch up fractures and gunshot injuries – to 19 days. This extra time, plus the specialized antibiotics that patients require to overcome their drug-resistant infections, means far fewer patients can be treated than normal, and it is much more expensive and difficult to do so. In standard public health centres without special facilities and drugs, it’s likely that many patients are dying of infections that would normally be treatable.

According to Dr Ana Nery, the medical coordinator for Doctors Without Borders (MSF) in Yemen, Seventy percent of the patients admitted to the MSF hospital in Aden have antibiotic resistant bacteria in their systems. Similar problems are occurring through the war-torn regions of the Middle East, including Iraq, Jordan, and Syria, Dr Nery added.

In Pakistan, the first known epidemic of extensively drug-resistant typhoid is spreading infecting at least 850 people in 14 districts since 2016 according to a report by NewYork Times. This typhoid strain, resistant to five types of antibiotics, is expected to disseminate globally, replacing weaker strains where they are endemic.

This can create a new generation of multi-drug resistant bacteria and it is here already.

The Bureau of Investigative Journalism