The 2017/2018 Nationwide Measles Campaign flags off 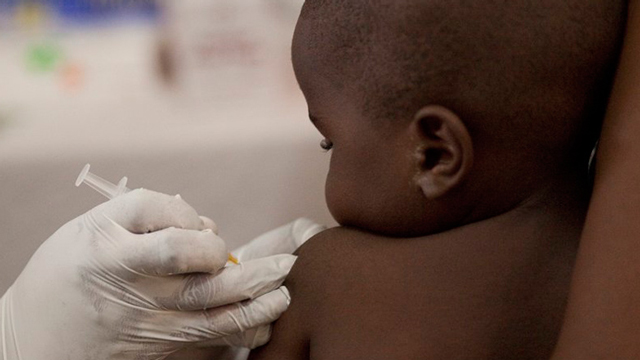 The Federal Government on Tuesday flagged off the 2017/2018 National Measles Campaign, which aims to vaccinate over 33 million Nigerian children against the disease.

The Executive Director of National Primary Health Care Development Agency, Dr. Faisal Shuaib, who announced this in a statement released on Monday, said the Minister of State for Health, Dr. Osagie Ehanire, will flag off the campaign in Kaduna State.

Mr. Shuaib said 33 million Nigerian children aged nine to 59 months are to be immunized against measles by the end of the campaign.

A UNICEF survey earlier revealed that measles among children under the age of five increased more than two-fold in Northern Nigeria between 2014 and 2016.

A report published by WHO has shown that Nigeria topped the list of countries with unvaccinated children from measles with 3.3 million children, followed by India – 2.9 million, Pakistan – 2.0 million, Indonesia – 1.2 million, Ethiopia – 0.9 million and Democratic Republic of Congo, DRC, with 0.7 million.

To curtail the spread of the disease and prevent death of children under five, the federal government released N3.5 billion for vaccination programme and the 2017/2018 nationwide measles campaign