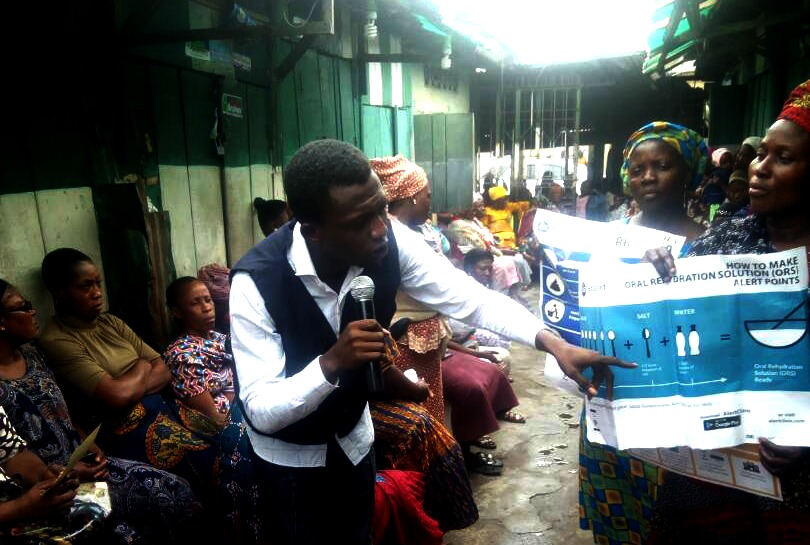 Lagos State Ministry of Health and the Primary Healthcare Board in collaboration with EpidAlert seek to use technology to reorganize communities around disasters prevention, warning, response and recovery. We are set to launch AlertClinic on Thursday 31st August 2017 in Yaba, Lagos. AlertClinic is a communication and notification system designed with algorithms around information flow and the persuasion of critical behaviours and choices.

In its pilot phase, AlertClinic seeks to tackle Malaria, Lassa fever, Diarrheal Diseases and Polio. These four diseases stand as major threats to the disease control systems of the Lagos State Ministry of Health, the Primary Healthcare Board and indeed, the entire people in the state.

AlertClinic will provide two-way notification support to communities and households, and more importantly, the public health institution in Lagos where the Ministry of Health leads at the peak and the Disease Notification Officers of the Local Government Areas at the grassroots.

The promise of AlertClinic is that the burden of Malaria, Lassa fever and Cholera (and other diarrheal diseases) will drop in target communities, notification will rise for the ‘notifiable’ diseases and the public health response time will drop when threats are identified; leaving communities healthier and more resilient.

After its launch on 31st August, AlertClinic will be experienced online and offline in Lagos Mainland Local Government Area of Lagos State. Lagos Mainland was selected for this phase of its roll out as the Local Government presents the ecosystem for early uptake of technology innovations as well an environment that will benefit from it.

Lagos Mainland is the home of Nigeria’s technology hub in Yaba, higher institutions with thousands of students like the University of Lagos and Yaba College of Technology, a large youth population, communities such as Makoko, Ebute Metta, military cantonments and police barracks, health and research institutions such as Nigeria Institute of Medical Research, the NCDC’s Central Public Health Laboratory and most importantly the Lagos State Primary Healthcare Board and Infectious Disease Hospital.

It is this immediate environment the Lagos State Government and EpidAlert believe will serve as epicenter of AlertClinic implementation. It is from here we will scale across Lagos State and other parts of the country and possibly beyond.

Be the first to learn about Alert Clinic projects, subscribe to our newsletter.