The Price of Wellness: The WHO-SDG Health Price Tag 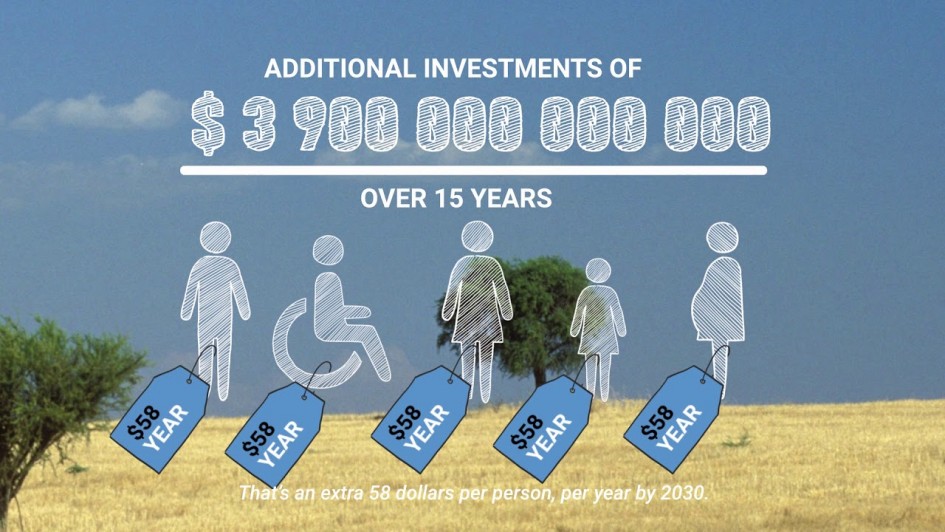 The Sustainable Development Goals were adopted by the Member States of the United Nations in 2015 as the world’s to-do list for the next 15 years. They comprise 17 ambitious, interlinked goals and 169 targets for a healthier, safer and fairer world by 2030. While the SDGs are for all countries, the SDG Health Price Tag focused on 67 low- and middle-income countries that face the greatest challenges in terms of expanding health services.

The SDG Health Price Tag, published today in The Lancet Global Health, estimates the costs and benefits of progressively expanding health services in order to reach 16 Sustainable Development Goal (SDG) health targets in 67 low- and middle-income countries that account for 75% of the world’s population.

The analysis shows that investments to expand services towards universal health coverage and the other SDG health targets could prevent 97 million premature deaths globally between now and 2030, and add as much as 8.4 years of life expectancy in some countries. While most countries can afford the investments needed, the poorest nations will need assistance to reach the targets.

\”Universal health coverage…It is the responsibility of every country and national government to pursue it,\” @DrTedros, @WHO, DG

In both scenarios, health systems investments such as employing more health workers; building and operating new clinics, hospitals and laboratories; and buying medical equipment account for about 75% of the total. The remaining costs are for medicines, vaccines, syringes and other commodities used to prevent or treat specific diseases, and for activities such as training, health campaigns and outreach to vulnerable communities.

“Universal health coverage is ultimately a political choice. It is the responsibility of every country and national government to pursue it,” Dr Tedros Adhanom Ghebreyesus, WHO Director-General, wrote in a commentary accompanying the paper in The Lancet Global Health.

The SDG Health Price Tag does not prescribe what countries should spend on health, but is intended as a tool to inform further research. It also highlights that achieving universal health coverage and the other health targets requires not only funding but political will and respect for human rights.

WHO plans to update the estimates every five years and will include other health-related targets and diseases as more evidence becomes available.