Living with a Viral Villian 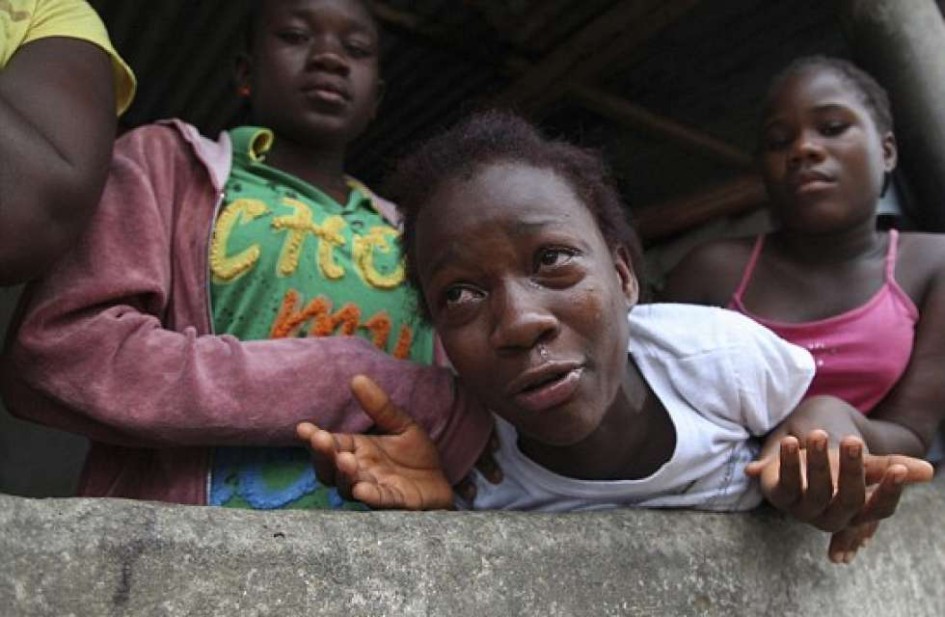 A woman weeps over the loss of her relative to Ebola (Photo: EPA)


West Africa and indeed the world is approaching Zero Ebola Cases. But there are a whole lot of issues that need to approach zero before we can begin to rejoice. Chief of them is the acute stigmatization that Ebola Survivors face on a daily basis. Just in case you’re wondering what stigmatization actually means to an Ebola survivor, we’ve compiled excerpts from several stories to help drive the fact home.

Regina Bash-Taqi said, “If you talk to people in Sierra Leone, they would say everything’s okay and everything seems okay. You only have to have an in depth discussion to know that things have changed significantly, by the time I was leaving in January, we were no longer shaking hands. People have made significant changes to their life style, people have stopped visiting each other. Let’s take the school industry for instance, I know a lot of people who owned schools and day care centers. Their businesses are all effectively closed. For instance I know someone who owns a uniform business that supplies a wide chain of schools, that’s at a standstill.” [Source: Futurelearn.com/London School of Hygiene & Tropical Medicine]

Among the survivors is 20 year old Umaru, he recovered from Ebola in late February at the doctors Without borders/Médecins Sans Frontières (MSF) Prince of Wales Ebola Management Center in Freetown, Sierra Leone.

He said, “……. Another thing that worried me was that fact that people might be scared of me, or think that I might transmit the disease to them. I still have some sleepless nights. But most people have accepted me back, they see me as a hero now, because I survived Ebola. My friends visited me in the treatment center and afterwards at home when I was discharged. They are true friends. My landlord was also happy that we survived Ebola. Normally people with Ebola get driven from their homes, so we were lucky. My family has been mostly very excited to see me. They encouraged me to eat because that is the only way that I can be strong. At the same time, my younger brother was stopped from seeing me by his father, even though I had recovered. My elder brother has also abandoned me because he is scared. He never comes to see me, even though we used to do everything together. That led me to not only be worried, but also angry.”

Read the full story on Doctors Without Borders

Hellen Morris, an Ebola survivor in Liberia, lost her husband and seven of his family members, including his parents, to Ebola in August 2014. One would think Umaru’s case was mild, but Hellen is an evidence that it can be much worse.

She said: “In less than one week after we buried my mother-in-law, my husband, his father, and five of his siblings fell sick… I lost all of them in one day.”

She continues “…I was admitted for care and recovered two weeks later and was discharged to go home. I returned home but my family and neighbors denounced me. They didn’t believe I had beaten Ebola. I showed them a copy of my medical certificate issued by the Ebola center that officially declared me cured of Ebola, but they were still not convinced… It’s a difficult life to live when friends and family neglect you because of an illness you did not purchase.

Read the full story on Doctors Without Borders

Saying these Ebola survivors have escaped death doesn’t seem anywhere close to the truth; after all social isolation is another form of dying. We need to stop the stigma. What’s the point of saving people’s lives only to subject them to a slower, painful death?