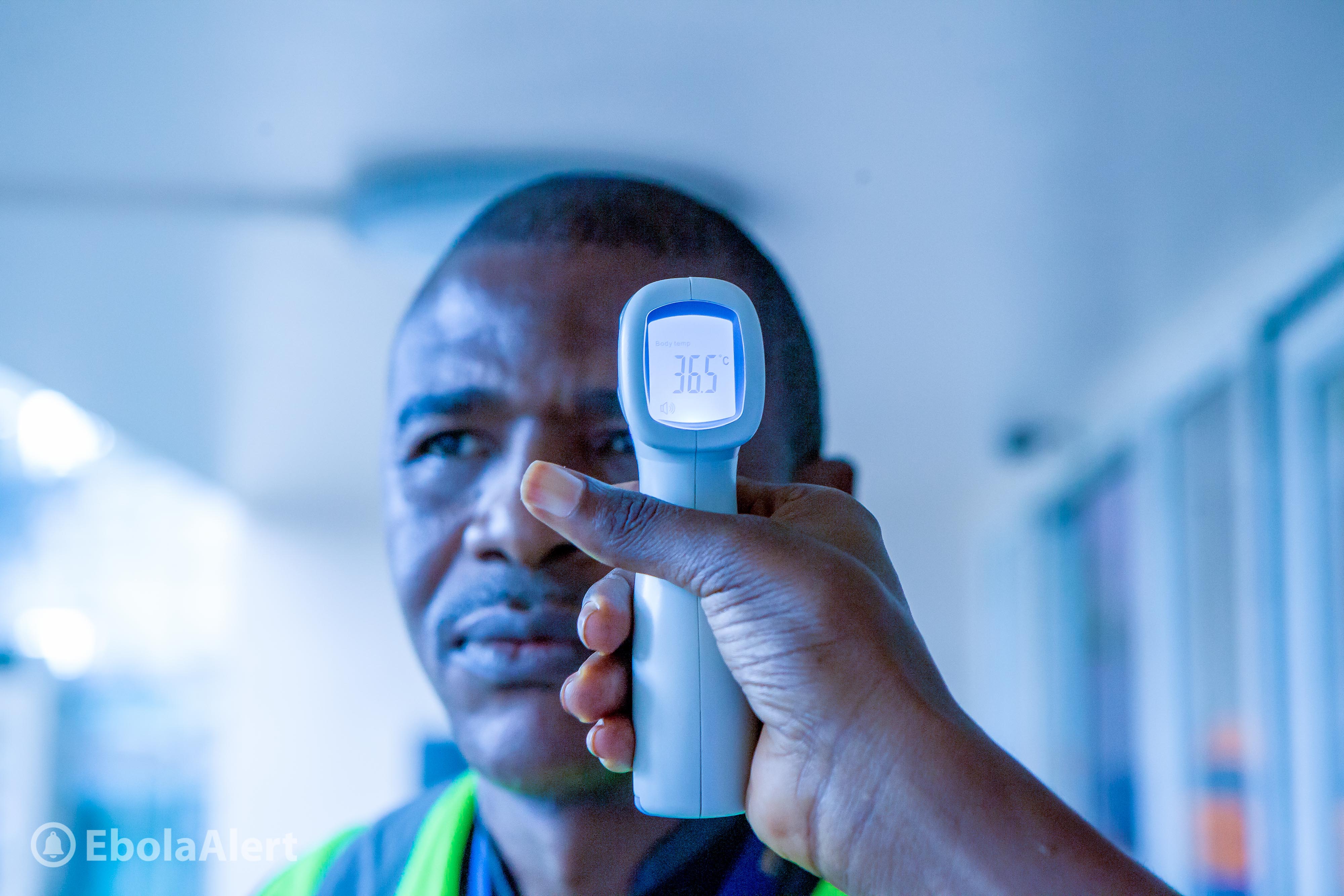 
This question made the rounds of international news feeds inthe last days of 2014,  when a ScottishNurse, Pauline Cafferkey, cleared by airport screening at the Heathrow Airport, United Kingdom, came down with the Ebola infection. She had returned via a flight to Casablanca, Morocco from Sierra Leone, where she had been a volunteer with a Save The Children Hospital.

Nurse Pauline was cleared for flight to Glasgow, but complained of a raised temperature and had it checked six times afterwards and was declared fit to fly. She arrived home from the Glasgow Airport via taxi. The next day she complained of feeling unwell and was taken to the specialized Infectious Disease Unit, placed in isolation from where she was flown to the Royal Free Hospital. As of the time of writing, reports state that her condition is now critical.

In the last quarter of 2014 the UK joined the rank of nations with instituted airport screening protocols for travelers from affected countries.

“Passengers will have their temperature taken and complete a questionnaire asking about their current health, recent travel history and whether they might be at potential risk through contact with Ebola patients,” Health Secretary of the UK, Jeremy Hunt had told Members of Parliament.

“They will also be required to provide contact details. If neither the questionnaire nor the temperature reading raises any concerns, passengers will be told how to make contact with the NHS should they develop Ebola symptoms within the 21-day incubation period, and allowed to continue on their journey. It is important to stress that a person with Ebola is only infectious if they are displaying symptoms.”

This was after initial debate within the government on the merits of instituting temperature screening. Worthy of note is a study describing the role of airport screening, using epidemiological models, published here.

“In addition to identification of those individuals infected, entry screening allows health authorities to provide information to passengers arriving from West Africa, describes actions to take if they become unwell, and helps with follow-up,” the current study notes.

Concerns over the apparent slip of the nurse through the checks have raised questions about its effectiveness. Professor Dame Davies, Chief Medical Officer for England says,” it does raise a question whether we should be more precautionary. The risk that with no temperature, but that she came back, appears to have been very low. But that is why we look at what we do all the time to see should we be more precautionary.”

She said the NHS would “learn lessons” from its handling of Miss Cafferkey’s case.

No screening modality is perfect – statistics from the same study note that of 29 people infected with Ebola, 10 will be symptomatic and detectable. These are the targets of airport protocol. Of the 19 asymptomatic cases likely to leave the region, only one or two travelers will attempt to enter the UK with up to three attempting to enter the United States.

It is possible for a carrier to pass through airport screening undetected. That is because there is a 21 day period in which symptoms can develop. Herein lies the importance of post-airport monitoring for all travelers from the region.

A closing note, taken from the reference study, “Although entry screening could reduce the overall chances of Ebola being brought into a country, the most effective way to restrict its global spread is to control the disease at source in West Africa.”