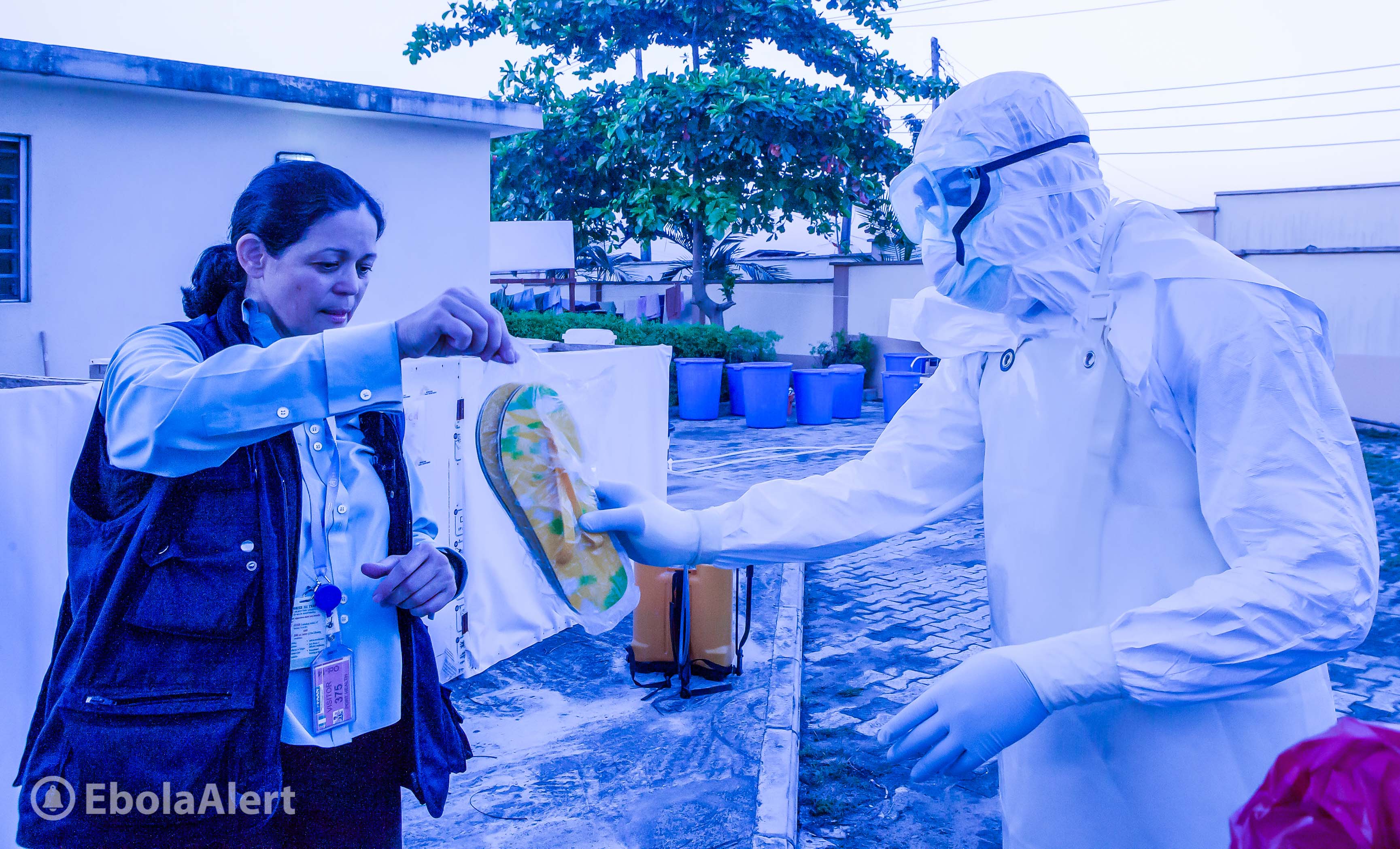 It was in the middle of a busy day when Theophilus walked into our office. He had a story to share. It was a story of hope, faith and survival. In the end, he agreed to share his story with the rest of the world as  a reminder that Ebola is not a death sentence.

It was a cool Thursday morning when Chinedu and I shuffledinto Liberia through the Cote D’Ivoire border. We had come all the way fromNigeria in search of greener pastures.

We had only spent a couple of months in Liberia when thefirst cases of Ebola hit the city. It was so bad that everyone had to takeprotective measures like wearing hand gloves. In three months, I lost many ofmy friends to Ebola – John, Dioff, Ariana and Percy to name a few.

At my mum’s insistence, I went to the Nigerian Embassy inCongo Town, Liberia to obtain a passport to travel back to Nigeria.Unfortunately, no one was around to attend to us. The following week, wedecided to move to Sierra Leone. With the help of new found friends and some money sent in from Nigeria, we were able to start a business. Things moved smoothly for months and we were able to make a lot of money.

Things began to take a turn for the worst when Chinedu went to visit the family of an acquaintance in another part of town. Six days went by and he hadn’t come back. Eventually, I was able to speak with him on phone and he asked me to come over to the place where he was. On getting there, I discovered that Chinedu’s acquaintance had been critically ill and was staying in another village.  Four days later, his mother, a pregnant woman, came back crying. The boy had died.

Within four days, the woman fell ill. She complained of abdominal pains and pains in her ribs. Some days later, an Ebola Ambulance drove into the compound and the woman was informed that she will be taken to the Ebola Treatment center the next day. Upon hearing this, the woman fainted. She regained consciousness about 30 minutes later. Early the next day, we were informed that she was dead. So we decided to go and console the bereaved family.  We met the husband and his son sobbing uncontrollably, lamenting that Ebola had killed the woman. The man then asked us to help him bring down is wife from the bed. I requested for a hand glove but the man got furious, asking me how he could get us gloves at that time of the day. He handed us wrappers to cover our hands. I tied the cloth round my right hand and we proceeded to carry the corpse. In the process of lifting the corpse, one of the legs came off balance and I had no choice but to support it with my exposed left hand. Immediately the corpse was placed on the ground, I immediately went to wash my hands with lime and Dettol. I couldn’t sleep that night; the thought of being exposed to Ebola filled me with dread.

By the fourth day, both Chinedu and I were experiencing diarrhea and vomiting. We immediately went to the temperature checkpoint at Waterloo to confirm if we had Ebola or not. At one of the checkpoints, I reported myself to one of the nurses who directed us to a Chinese Hospital. On getting there, we were denied entry on the grounds that the hospital only admitted critical cases. We had no choice but to return to Waterloo where I called the Ebola Hotline. We were told to report to any government hospital closest to us. Eventually, after much ado, we were admitted into 34 Military Hospital. At this point, I informed my family in Nigeria of their predicament.

At the hospital, we were kept in a 7-bed treatment facility. After two days, six people were already dead. I recall one patient telling me to call the doctor but died before the doctor could kit up and attend to him. On the fourth day, our results came out – we tested Ebola positive. The next day, we were moved Hastings Hospital. At Hastings Hospital, we lost many inmates to blood loss. I’d be talking with a patient one moment and the next moment, he’d be gone. It was horrifying.

At Hastings Hospital, we lost many inmates to blood loss. I’d be talking with a patient one moment and the next moment, he’d be gone. It was horrifying.

After two weeks, I tested negative for Ebola Virus. My friend was still positive and by then, he was unable to talk, see or walk. Dr Kai Songn informed me that someone had called from the Nigerian Embassy in Freetown. Her name was Mrs T. Mohammed. She continued calling to make sure I was okay. Mrs T. Mohammed informed me that she was making plans for my flight to Nigeria.

The following evening, I, along with other survivors were discharged from Hastings Hospital. A party was organized in our honor and we were given lots of gifts and cash by sponsors. I had always looked forward to the day I would be discharged from the hospital and that day finally came. Words could not express the emotions I was feeling at that moment. After the party, I was taken to the Nigerian Embassy, from where Mrs Mohammed and I went to a boutique to purchase a change of clothes – the clothes I had on me were those given to us when we were discharged from the hospital. That same night, we headed to the airport and at 11.00pm I was on the Air Maroc Flight that would take me through Casablanca to Nigeria. I was free at last.

Theophilus has been fully integrated with his family and the society and is leading a normal life. He works in the data unit at the Ebola Emergency Operations Center in Lagos.

Ebola is not a death sentence. You can share your Ebola Story and experiences as a survivor or health worker with us at Ebolaalert@gmail.com