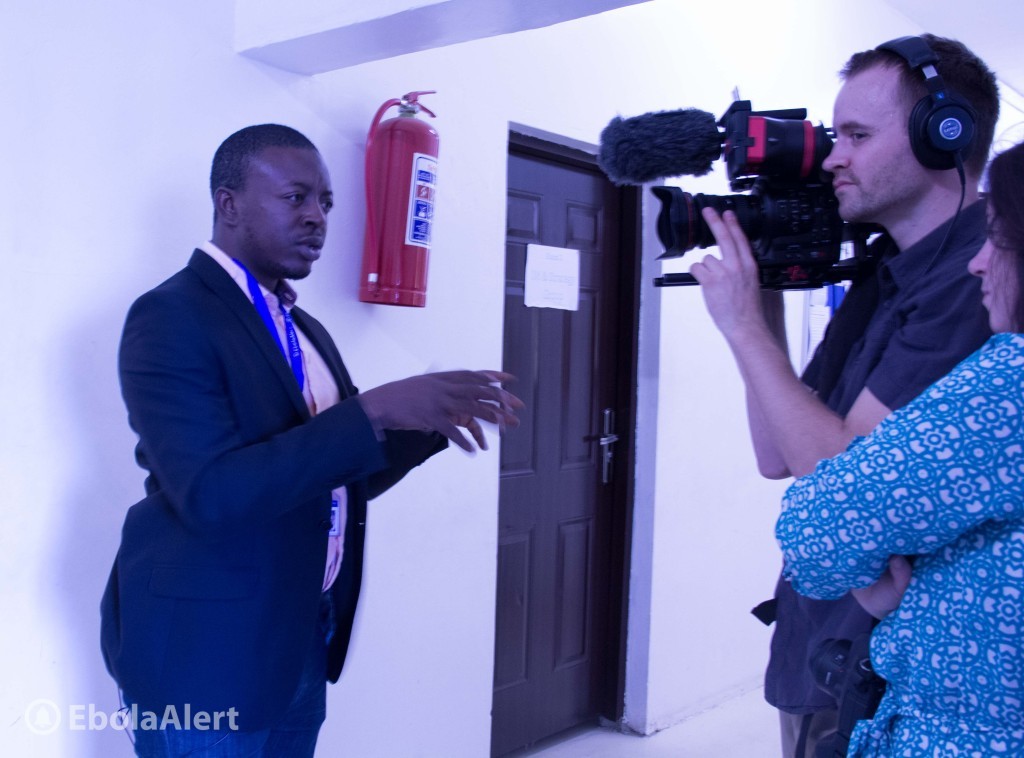 What role does Filmmaking have to play in Ebola management? Today’s meeting with The Nollywood Workshops is the answer to that question.

The Nollywood Workshop team, led by Aimee Corrighan, was at the Ebola Emergency Operations Center today to do a documentary on the role Ebola Alert played in the emergency response to Ebola in Nigeria. In attendance at the workshop was the CEO Ebola Alert, Dr Lawal Bakare, the COO Ebola Alert and Dr Dayo Osholowu.

The Ebola Alert team gave a presentation on the plans to scale up Ebola Alert operations in West Africa as well as highlights of their programs for the year. One of the highlights of the workshop was the Lens on Ebola, a concept by the Nollywood Workshops which uses short dramas to pass across health messages to its audience.

We believe that entertainment has a major role to play in stopping Ebola as well as propagate health education messages. We look forward to an exciting partnership with this wonderful team as we continue in the fight to #StopEbola.

Want to learn more about other exciting projects we’re working on? Follow us on Twitter (@EbolaAlert) or subscribe to our newsletter to stay in the know.