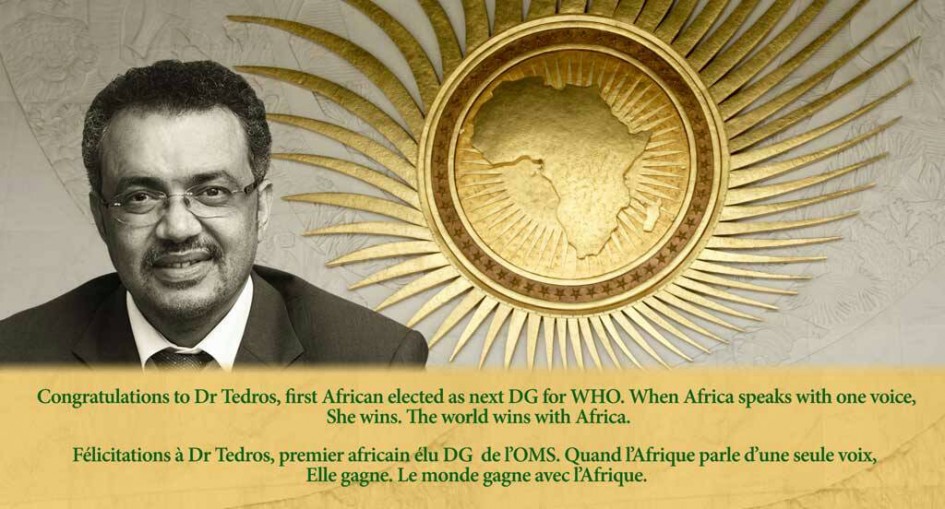 
This week, was truly #AfricaWeek. A new Director-General of WHO has just been elected, as the individual who is to steer the affairs of the global health agency for the next five years has emerged from Africa. Likewise, the world is critically observing the responses against the current Ebola outbreak in DR Congo and the improved strategies to prevent, detect and respond to emerging diseases.

Africa is not only responding to global health issues, but is presently wielding the baton of hope to drive positive change.

Between May 22 to 31, delegates from all WHO member states meet for the 2017 World Health Assembly in Geneva which also coincides with the 70th year of establishment to determine the policies of the Organization, appoint the Director-General, supervise financial policies, and review and approve the proposed programme budget. Activities from the event can be followed on social media with #WHA70.

Also this week, reports on the Ebola outbreak in DR Congo reflects the strict containment of the ongoing outbreak. As at May 23, 2017, says a report from WHO, no new confirmed or probable Ebola cases were reported. Today makes it the 35th day since the index case in April 22, and four deaths have been recorded, amounting to 13% case fatality rate. The outbreak remains confined to Likati Health Zone, Bas Uele Province located in the northeast region of the country and the regional risk is moderate. 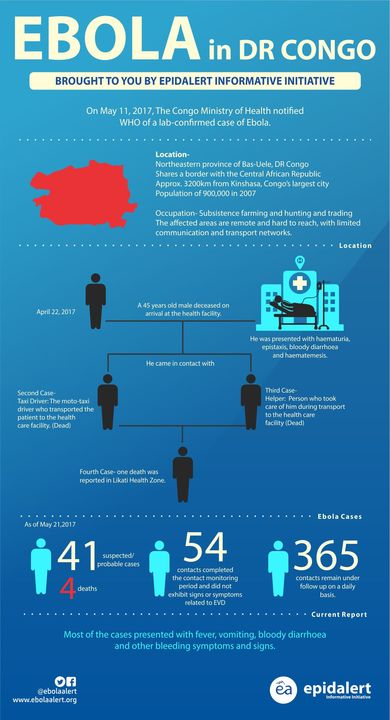 Also this week, the Universal Health Coverage (UHC) was well highlighted. Nigeria has showed  solidarity in an open statement at the World Health Assembly. In his statement, the Minister of Health stressed that to achieve this important objective of providing quality healthcare services to all Nigerians, the National Health Act specifies that all Nigerians shall be entitled to a Basic Minimum Package of Health Services. This “Basic Minimum Package” is a set of preventive, protective, promotive, curative and rehabilitative health services or interventions as a nationwide standard.

In fulfillment of the Joint External Evaluation (JEE) assessment, the Nigeria Center for Disease Control (NCDC) conducted an internal evaluation assessment to measure the nation’s  status and progress in building the necessary capacities to prevent, detect, and respond to infectious disease threats, in accordance with the agreed Global Health Security Agenda (GHSA) targets.

Grateful to @WHONigeria & our partners for their support during the Internal JEE Validation. Now to the final process in June!#NGJEE17 pic.twitter.com/d6HpMi18iz

The aim of the JEE is to allow countries to identify the most urgent needs within their health security system, to prioritize opportunities for enhanced preparedness, response and action, and to engage with current and prospective donors and partners to target resources effectively.

Infectious diseases know no boundaries and a disease outbreak in a place is imperil to the rest of the world. Africa is a major factor is deciding the state of global health and now Africa is not only responding to global health issues, but is presently wielding the baton of hope to drive positive change.