The last case of Ebola in the world has been discharged


The last set of contacts are out of quarantine, the final case of Ebola has been discharged, the world can start a countdown.

The last case of Ebola is an infant who tested positive of Ebola at birth; which is a case of maternal to child transmission of the virus. The mother of the infant died after delivery. The baby recovered after treatment, according to Fodé Tass Sylla, spokesman for Guinea’s Ebola coordination unit. “We did two tests after his treatment and they came back negative.” 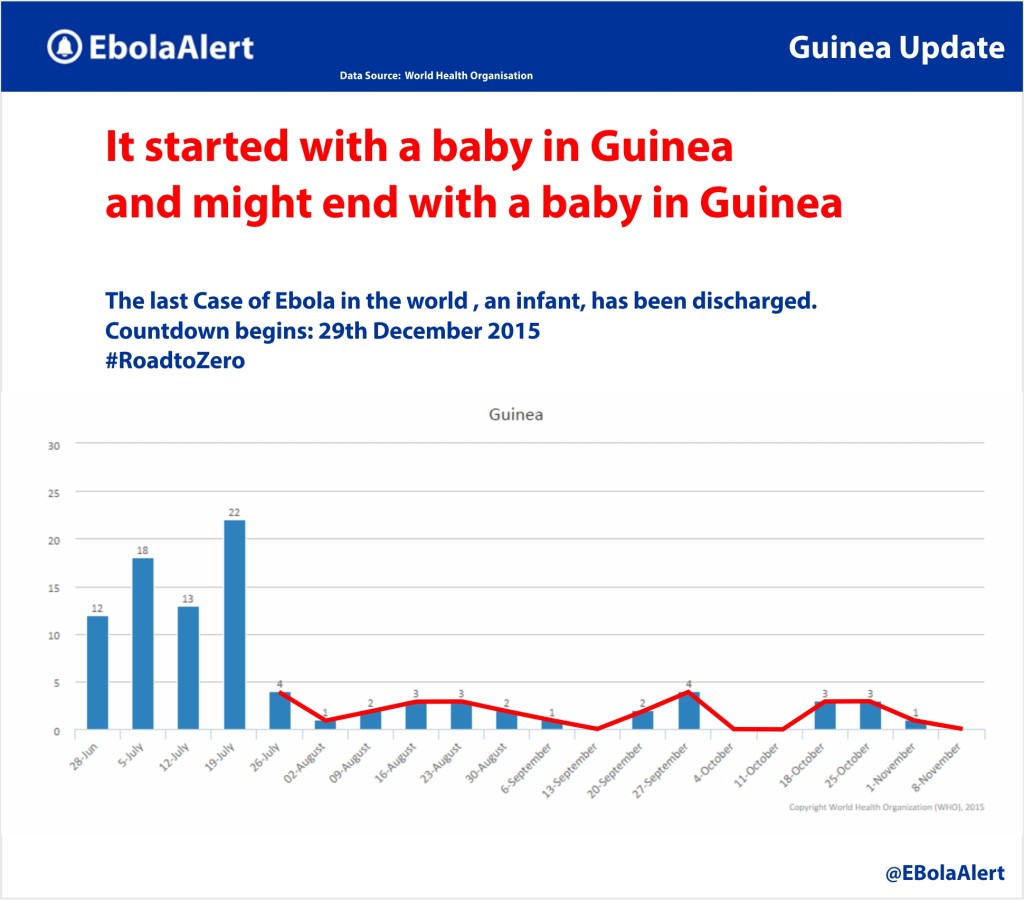 It is dramatic that the first reported case in this Ebola outbreak was a 2 year old baby in Guinea and if no new case is reported within the next 42 days, then the last case will be a baby. While the first case died, the last one survived under proper treatment protocol in a proper treatment center.

This means, other things being equal, Guinea will stop the transmission of Ebola by 29th December 2015, 4 days after Christmas, 2 days to the end of the year. What a way to end the year.

On November 7th 2015, Sierra Leone stopped the transmission of Ebola. That left Guinea as the only country in the world with a case of the virus. With this discharge, it leaves us with a world with zero cases of Ebola.