Yesterday, the Nigeria Center for Disease Control (NCDC)  published the weekly Epidemiological Report that details the incidence, distribution, and control of diseases across Nigeria. Again, the underlying power of ‘prevention’ was the core focus.

Updates from the report outlines the declining cases of diseases including Polio. It’s a reflection that indeed, Nigeria is winning in the #EndPolioNow campaign. Reports on Lassa fever and Meningitis show that these diseases are under strict control and preventive measures are in place.

The Nigeria Centre for Disease Control is coordinating the outbreak response, alongside the National Primary Health Care Development Agency (NPHCDA) and other partner agencies. One of the key response activities is the communication of preventive messages to all Nigerians through electronic, print and social media, as well as through other social mobilization activities.

Also this week, the mysterious illness that claimed lives in Liberia have been identified as Meningitis by the US-Center for Disease Control. This was confirmed by the country’s Minister of Health after concluded testing to ascertain the cause of the illness. Here’s the graphical outline of the timeline of event.

A timeline of events as the world inquires into the illness that has claimed lives in #Liberia. pic.twitter.com/8fE8MepFfW

Today, the World Health Organization confirmed the existence of Ebola Virus disease in Congo. The last outbreak of Ebola in Congo was in 2014 killing more than 40 people.Ebola was first identified in DR Congo (then Zaire) in 1976. Since then, there have been at least eight outbreaks in the country. 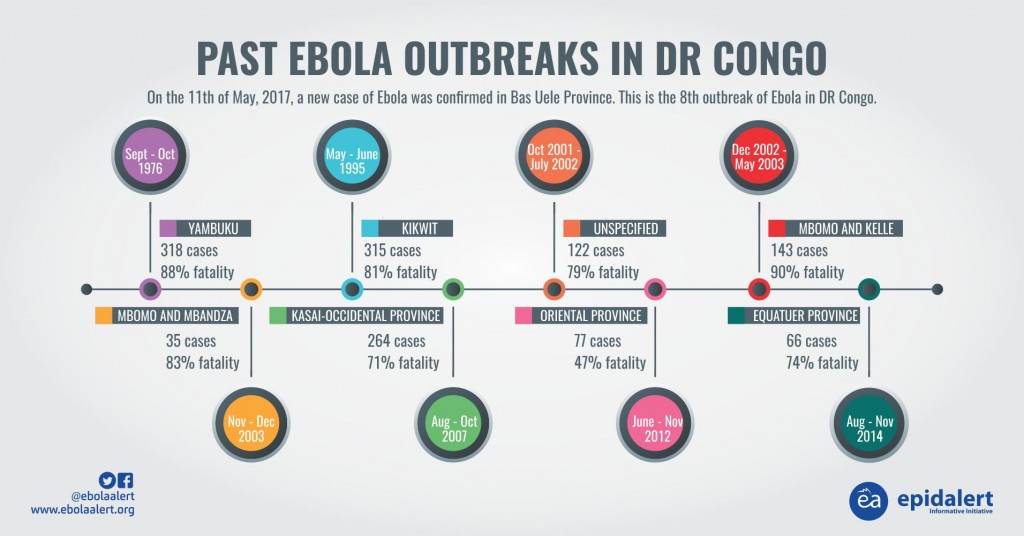 From these reports, should we be worried about another epidemic outbreak? Imperatively, there are preventive tools that ultimately protect us from these diseases. In a report by Reuters, GAVI global vaccine alliance stated that there are 300,000 emergency doses of an Ebola vaccine developed by Merck which could be made available in case of a large-scale outbreak. An agreement between Gavi and Merck, the developer of the Ebola vaccine rVSV-ZEBOV, ensures that the vaccine is available in case of an outbreak.

Vaccines work but the question is: how quickly can we scale this proven and tested preventive measure?